#CommissionsEarned by KCSM-shop Amazon through this link.

Her uncle was Lester Young, her other uncle was drummer Lee Young. Her mother, Irma Young, played saxophone in the family band. And her grandfather, Willis Handy Young, was both a bandleader and teacher to her mother and her uncles. Following the family tradition, Martha Young also received her first music lessons from her grandfather on her instrument of choice: the piano.

As a working pianist, Martha Young cut her teeth in the burgeoning Jazz scene of a post-war Los Angeles. Backing players like Dexter Gordon, she worked as a house pianist in many of the top clubs. She was a well-rounded and seasoned musician; she had a style uniquely suited to commanding a room’s attention contrasted by an attentive and sensitive accompaniment style sought out by singers.

Unfortunately for us, Martha Young is not found on many recordings. In the early 1980s, she had a series of engagements in the San Francisco Bay Area, one of which was recorded (and subsequently released as an album) by the late Bob Parlocha. “The Martha Young All-Stars” was a live date at the defunct club, Bajones.

In 1982 I had the pleasure of hearing Ms. Young at the Kuumbwa Jazz Center in Santa Cruz: her swing feel made you feel as though a locomotive was coming through the room: her presence behind the piano, the cohesion of her group and the great joy heard in her interpretations, remain unforgettable to me. Sadly, she remains an elusive presence in Jazz history; I very much hope that one day her story will be told and her artistry more fully appreciated.  (Below: Ms. Young with Stan Getz, 1982 in San Francisco. Photo by: Jerry Stoli) 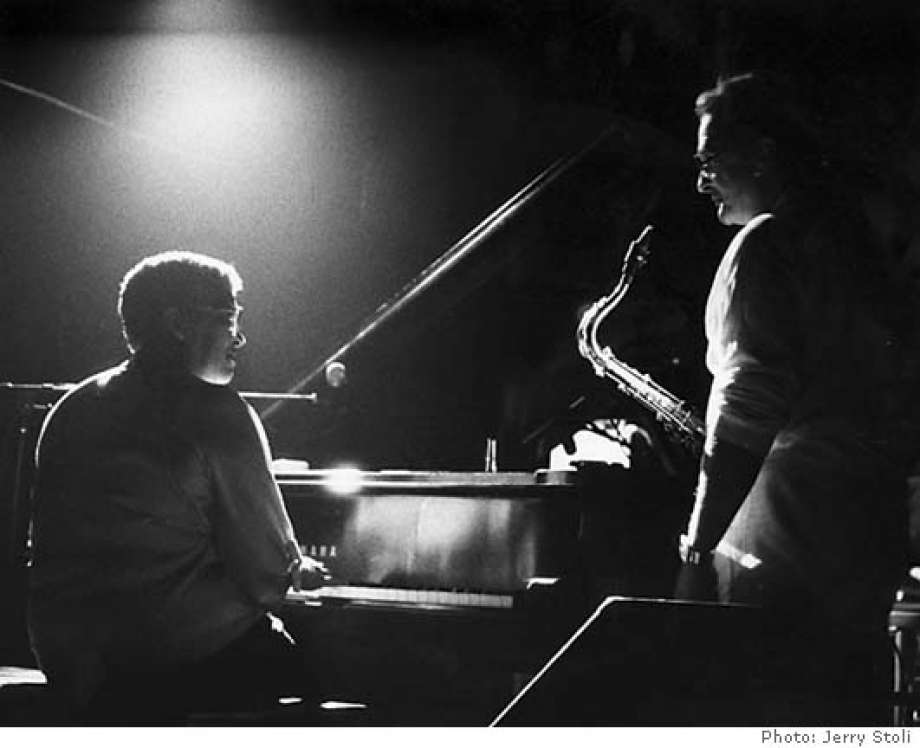 This entry was posted on Tuesday, March 10th, 2020 at 6:20 pm and is filed under Uncategorized. You can follow any responses to this entry through the RSS 2.0 feed. You can leave a response, or trackback from your own site.