Shop Amazon through this link and KCSM benefits! 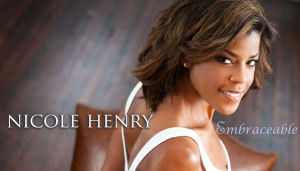 The best, or arguably one of the top performances at the Jazz Summer Fest was Nicole & the Top Shelf Big Band playing to a 200-person house at the California Theater. If you had heard this in 1960 you would have believed you were listening to Ella Fitzgerald’s younger sister ! Nicole’s voice is great, and she was great every song, all the way through. She also has power. If the mic had gone out it was obvious she could have carried the theater on her own. One telling point on the whole performance is that the audience held Nicole and the band through two encore numbers. Nicole is some 10 years into her career and works from Florida.

The Top Shelf Band was started in 2009 by Robert Marr and works out of Sunnyvale in the South Bay. They are a volunteer group, and play to keep the “big band” magic sound alive. The band was great.

They not only were good musicians, but they did their job right. Folks who got there early saw the band go through 20 minutes of mic level-setting, section by section. The proof was in the delivery. The horns never rolled over the strings. The drums never ran over the horns, and no one played out on top of the singer or drove the audience out of the hall ! (The unfortunate news here is too many groups don’t attend to this part of their performance.)  Nichole & the band didn’t allow any such thing for our show at the Jazz Summer Fest, and are our heroes for it.

This entry was posted on Monday, August 18th, 2014 at 9:08 pm and is filed under Uncategorized. You can follow any responses to this entry through the RSS 2.0 feed. You can leave a response, or trackback from your own site.