#CommissionsEarned by KCSM-shop Amazon through this link.

As the 1950s continued, Reid Miles moved to Blue Note and continued to work with Warhol on some projects. Perhaps as a precursor to the gorgeous photographic covers that were to come at Blue Note, Warhol and Reid chose to do sketches for the covers. The first were for guitarist Kenny Burrell. 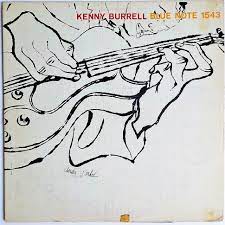 In 1956, Blue Note went to a 12″ format for its releases. This Burrell album is the first in that new size. Warhol and Reid chose a photograph of the guitarist’s hands most likely taken by Blue Note’s founder, Francis Wolff. Warhol did the sketch and signed his work which can be seen on the cover.

The second Burrell album cover, is a free form sketch that Warhol did. A double volume, the figure remained the same but the background color differed. This time no photograph was used, however drawing from photographs, interpreting them or using them for inspiration, continued to be a “thing” or a device that Reid and Warhol relied on. 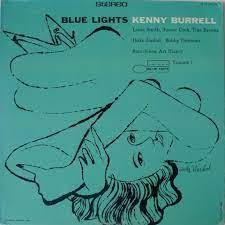 This J.J. Johnson and Kai Winding album cover (below right) was inspired by a photo of an 8th century drawing of King David surrounded by musicians (below left). Like any great artist, Warhol was a genius at”borrowing” ideas and making them current. 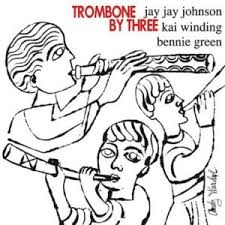 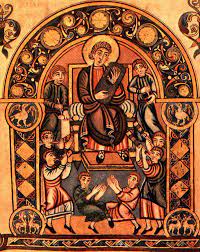 April 23rd is International Record Store Day, we hope to catch you in the aisles, browsing and supporting your local store! Next time we’ll look at another artist and his hand drawn album cover, Miles Davis.

This entry was posted on Friday, April 22nd, 2022 at 10:24 am and is filed under Uncategorized. You can follow any responses to this entry through the RSS 2.0 feed. You can leave a response, or trackback from your own site.